On January 28, 2020, the Center for Public Justice (CPJ) announced the recipients of the annual Hatfield Prize. The prize is awarded to three student-faculty pairs from the Council for Christian Colleges and Universities (CCCU). Dordt student Katie Bogle and Dr. Abby Foreman, professor of social work, received one of the prizes. 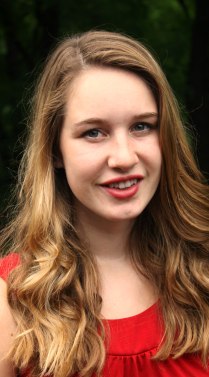 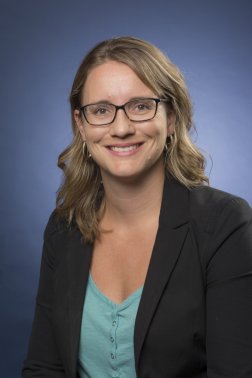 The Hatfield prize is a research prize sponsored by the CPJ. Students in the CCCU are given the opportunity to submit a research proposal, and through the course of several phone interviews and rounds of finalists, the recipients are chosen and awarded the prize. Bogle and Foreman are the first pair from Dordt University to be awarded the Hatfield Prize.

Bogle (Maple Grove, MN) is a social work and Spanish double major with a minor in sociology.

The application process involved Bogle submitting her research proposal to the CPJ. In her proposal, she essentially explained what she hoped to research and the intended plan of how she would go about the research. As Bogle did so, Foreman helped her brainstorm and provided feedback on her work.

“The proposal itself was mostly independent,” Bogle said. “The grant itself is much more partnered…It’s definitely a team effort.”

After Bogle and Foreman won the prize, the CPJ gave them the opportunity to travel to Washington D.C. for a few days at the beginning of January. During their trip, they received training over how one should approach this type of research and how they might be able to apply it to the broader community.

“One of things that they [the CPJ] focus on in their work is to not always assume that there’s one actor that solves all the problems, like government or the church,” Foreman said. Rather, the organization encourages them “to think pretty broadly about how we can make change for society or whatever the problem happens to be.”

Bogle and Foreman’s research will be focusing on the barriers of quality childcare, particularly in the Hispanic community of Sioux Center. Apart from pointing out the barriers, the two further hope to provide suggestions of ways to overcome them.

“I kind of overview in my literature review the broad childcare crisis in the U.S. because there’s just not enough affordable or quality childcare currently, especially in rural communities,” Bogle said. She focused specifically on the Hispanic community because of the additional cultural barriers the population has to face. Moreover, as a social work and Spanish double major, she is able to incorporate elements of both her studies.

“It ties in both of my passions into one thing.” Bogle said.

“It’s so neat because she can use her ability to speak Spanish,” Foreman said. “That’s a lot of initiative to do that and to reach out in that way and to be potentially active in that space.”

Foreman, who has been mentoring Bogle and proofreading her work, agrees about the relevance of her research.

“It’s such an important area because we’re focusing on especially young kids when they’re at their most vulnerable,” Foreman said. “Having good care for that population in general is really important…because that does make such a difference in their brain development and their readiness for school.”

Bogle’s work will undergo several deadlines throughout the course of the next few months. Her first deadline is on February 9, and the final draft is due on May 30. Following the CPJ’s suggestions of researching and preparing, Bogle has been able to develop a good framework and plan for her report. Foreman responds to Bogle’s work with meaningful feedback, creating a repeating process of rewriting and revising. So far, both Bogle and Foreman are feeling optimistic about their progress.

“Katie’s a really good, curious person who works hard and is organized,” Foreman said. “She really has just hit the ground running and getting lots of research done.”

Bogle shared her excitement about all that she has been learning. She has also been pleasantly surprised with her overall response to the experience.

“I’ve written a lot of papers about theoretical stuff over my studies…but it doesn’t go anywhere except your prof,” Bogle said. “Knowing that this research is real research in the community…proposing actual potential for change is really exciting.”

Bogle’s research will be published in September. Her findings will be shared in the journals of the Center of Public Justice. However, she does not see that time as the necessary end to her research.

“After starting this, I definitely could see myself doing research. It’s really interesting, and it feels that you can make a widespread impact on more people,” Bogle said.

With the amount of effort that Bogle has been pouring into her research, and the time that Foreman has taken to offer helpful feedback and suggestions, one can expect a great deal of insight to be gained from their findings. Also, considering the applicability of their focus on the Hispanic population, it promises to stimulate discussion concerning the surrounding community.

“As a community, how do we make sure to be hospitable in all of our resources and our amenities?” Foreman said. “I think that the tests are really good opportunities for that conversation to happen.”

Bogle views her unique experience as a reason to encourage others to seize similar chances.

“I would strongly recommend undergraduate students to pursue research,” Bogle said. “It’s a cool opportunity to make a real difference while we’re still in school…Be willing to put yourself out of your comfort zone.”