This article is a continuation of the Summer Album Wrap Up #1 in the previous issue of the Diamond. For my thoughts on albums in the first half of the summer, look online on the Diamond’s website, or scrounge around for a loose copy in some nook around campus. Without further delay, we will pick up where we left off:

After a lengthy hiatus beginning in 2013, Vampire Weekend is back with an 18-track loosely conceptual album. Fitting nearly twenty tracks in under an hour would be near auditory assault from most bands, but Vampire Weekend make the track-heavy project feel like a pleasure cruise through love and life. Not many albums can invoke summer quite as strongly as this project did for me, maybe due to the beach rock-esque guitar on songs like “This Life,” or dainty wind melodies on “Hold You Now.” It can be difficult as artists to balance creating art for art’s sake, or for the point of being a product to be sold, and Vampire Weekend toe the line in this project. 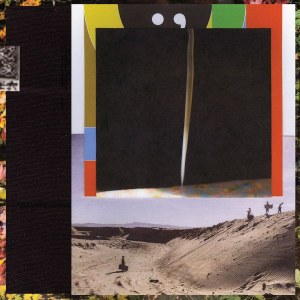 I love music. I love listening to music. I love pulling meaning out of music. But I also love being confused by music. Outside of a recent noise-rap release, (There Existed an Addiction to Blood, clipping.) no album has confused me as much as the most recent project from Bon Iver. Track titles are puzzling, with names such as “Yi,” or “iMi,” and “Sh,Diah.” However, the content presented within is something that the average listener will understand: anxiety, political discontent, anger at injustice, and more. Vocals layered with reverb are accompanied by horns, strings, distant pitched electric guitars, and otherworldly sounds. Once the curtain is pulled back, however, an album with mass appeal is found. If Father invokes the feelings of summer, i;i is a rainy fall day, when tea and contemplation are king. 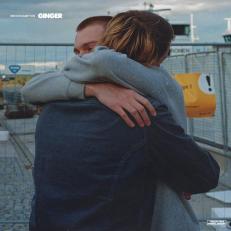 Young Texas-based hip-hop collective BROCKHAMPTON made an artistic switch this past summer from pumping out bangers and party anthems left and right, to introspective music. The boy band is back, and man are they sad. From talking about finding religion and realizing how broken they are on “NO HALO,” to mourning for a lost friend and wondering what will happen when their time comes on “DEARLY DEPARTED,” the band wrestles with loss, faith, drug use, growing old, and family relations. A much more mellow sound in comparison to past projects, the collective emphasizes message over delivery, though that is not to say that the delivery is lacking. All members have their moments of brilliance and each shine in their own way. Consistency is the strength of this album, consistency in message from song to song, consistency in performance of each member, and consistency in quality across the board.

Ranking: Crying in the Club

Perhaps the most solid concept album of the summer, The Lumineers paint a haunting picture of addiction across multiple generations of a family in a tight, cinematic album.

Ranking: Make a Movie Out of It

All My Heroes Are Cornballs, JPEGMAFIA

This may have been my most fun listen of the summer, behind only IGOR. JPEGMAFIA astonishes and astounds at every corner, leaving listeners somewhat puzzle at times as to what they digested, but Peggy does not shock for shock’s shake, and hits on important issues in his most recent project.

Canadian political punk-rocker grandson wrestles with self-loathing in this electro-punk EP and leaves the listener with a strong desire for action against the culture that brought them to this point of “Looking up at rock bottom.” 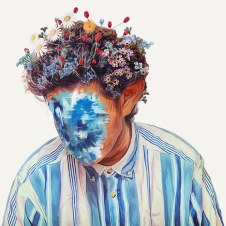 I say, “This may be the most ____ album I’ve listened to,” often, but it is always true when I make the assertion. With that not-quite-an-aside out of the way, The Fall of Hobo Johnson is the most sonically dynamic album I’ve listened to over the last year. The opening song “Typical Story,” is a fuzzy, guitar driven rock anthem that invokes anger and sadness all at once, and the following song “Mover Awayer,” is the proud home of the single best chorus I have heard in a long, long while, which is not an award I give lightly. The real theme of this album is raw, unadulterated emotions: anger, sadness, lust, self-hatred, longing, and more depths that I myself cannot even say I have experienced. The Fall of Hobo Johnson is the real rise of Hobo Johnson to unplumbed levels artistry, and I personally am excited for the next project.

Ranking: I wish I could quantify the chorus of “Mover Awayer,” because that is the ranking.

Just Listen to These Songs:

Salt and the Sea- The Lumineers

Jesus Forgive Me, I Am A Thot- JPEGMAFIA