Last January, State Senator and Dordt professor Randy Feenstra announced his candidacy for the U.S. House of Representatives. Feenstra, a Republican who has represented the 2nd district of Iowa since 2009, will be facing the 17-year incumbent Steve King in the GOP caucus next summer.

For Feenstra, the commitment to run for Congress was not a solo decision. A poll of voters in northwest Iowa showed that Feenstra’s soon-to-be opponent was at an all-time low of 39%. But this race is not just about the numbers; it is also about the timing and the calling to run for public office. 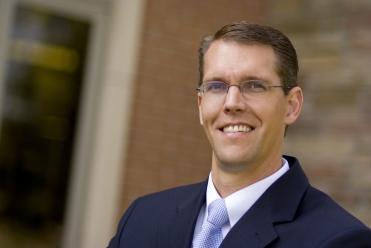 During Thanksgiving of last year, Feenstra’s family had an honest discussion at the dinner table about where national politics are headed and about the importance of being involved.

“If we truly believe our faith, and that God has called us, [then]…we have to do something,” Feenstra said.

Feenstra’s family has remained supportive and encouraging throughout the whole campaign process. Erika, Feenstra’s daughter and student at Dordt University, noted that although her dad has traveled a lot during the summer months of campaigning, he still finds time to spend with family.

“He would wake up early in the morning and still shoot [basketball] with me,” said Erika. “He did not push responsibilities as a dad aside.”

In general, the community has also been heartily supportive of Feenstra’s decision to run against Representative King. A large group of business and AG leaders also impacted his decision to officially get involved with national politics. Constituents from across the 39 counties in the fourth district have encouraged Feenstra to run for congress since 2018.

“We need a leader; we have a current leader that is just not listening to us, who is not active in our area,” Feenstra said.

“Obviously, he’s a fantastic [professor] and we love having him around,” said Dale Zevenbergen, a fellow Dordt business professor. “We don’t like the idea of losing him, but what a great thing to lose him to Congress… we’re proud of him, frankly.”

Most recently, Feenstra’s campaign rolled out the “Students for Feenstra” initiative which was supported by 220 students from across the state and was also endorsed by Dordt’s chapter of College Republicans.

Senators, representatives, and council members from across Iowa such as Senator Anette Sweeney, Councilmen Dane Nelson, and Senator Tim Kraayenbrink have also shown their support for Feenstra. National conservative radio host Ben Shapiro and China Ambassador Terry Branstad (the former Governor of Iowa) are also in support and have contributed significantly to Feenstra’s campaign.

In the meantime, the Feenstra campaign will continue to raise awareness, support, and funds until the caucuses next year.

“The Lord leads, and we don’t know how it all plays out,” said Feenstra. “It just feels like the doors are definitely opening.”