A question from a stranger about the “I Am Second” bracelet Dordt junior Kade Kroschell wore started a conversation about Christianity that left him amazed. Before he left this would-be stranger, he asked if she would write down some words of encouragement in his journal so he could remember this interaction. A couple days later, he read the note, which parted with the words, “live loved,” a statement which God had placed on Krosschell’s heart prior to this trip. These words would eventually blossom into the new movement “We Are Living Loved,” or WALL.

Krosschell’s purpose in creating this movement is to inspire others to share their stories. “We are called as Christians to not only be bold, but to boast in our weakness,” he said, “because when we do, it brings people to Christ.” He wants to make it clear that Christians have struggles and no one is alone in their trials.

With that goal in mind, Krosschell assembled a team that could share messages to different groups of people. It transformed into a way for this team to share a recorded testimony with the public twice a week. Over 25 people have filmed their stories and are ready to share their walk with Christ publicly in the upcoming year.

A buzz was tangible around the Sioux Center community when the first video was released on September 18. Krosschell’s video appeared to hundreds of people as he shared his sobering, yet inspiring testimony.

“I’ve already seen people finding more and more courage to admit their struggles and to admit that, as Christians, we’re not perfect” Kroschell said following his testimony’s release. “the whole reason we acknowledge we’re Christians is because we acknowledge we need help and that we couldn’t do it on our own.”

“My deepest hope in releasing my testimony is that the Lord works through that action, “ Timmer said, “I hope this video plants seeds into hearts so that the Lord is able to grow,”

The group held its first event in a chapel at Western Christian High School.

“For me, the experience was overwhelming.” Timmer said, “I had faith the Lord was going to move and work, but how much he worked in that place was unexpected.” 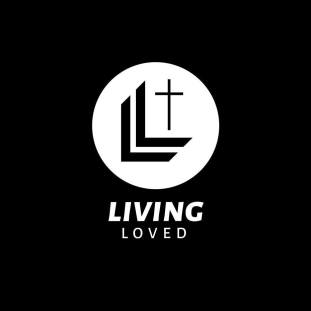 WALL is currently scheduled for numerous events throughout this year. The number of people scheduling them continues to increase on a weekly basis.

The movement’s Instagram and Facebook pages post multiple time a week. A man’s testimony on Monday, event recaps on Wednesday, and a woman’s testimony of Friday. While WALL is not affiliated with Dordt University, many followers of the page are Dordt students.

“Living loved is a daily decision, relationship, and commitment,” Krosschell said. “Each of us has been gifted a testimony—whether it’s a drastic one or one where you feel like you have no story, because other people feel like that and can relate to it. In 2 Corinthians, Paul says how the basis of a testimony is for the furtherment of the kingdom.”

Krosschell hopes that through this movement, revival will take place on an individual level and, in turn, bring revival to a whole community of believers.