Just before midnight on Sept. 7, an 8.3 magnitude earthquake struck the Pacific coast of Mexico and neighboring Guatemala, claiming almost 100 casualties. The earthquake was the most severe to hit the area in almost a century. 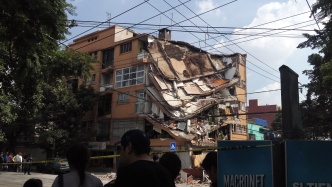 The damage from this most recent disaster has been widespread. Immediately following the quake, the Mexican military was dispatched, and rescue teams responded to the scene. Mexico, who recently pledged aid to US victims of Hurricane Harvey, rescinded their offer due to the earthquake and Hurricane Katia, which struck Mexico the following day.

“Given the situation, the Mexican government will channel all available logistical support to the families and communities that have been affected in Mexico,” the Mexican Foreign Ministry reported.

Thousands of citizens have lost their homes and require access to basic supplies, including food, water, and medication. Many were displaced from hospitals, some of which collapsed, while others lost power.

Besides the infrastructural damage to cities, earthquakes also have the potential to create aftershocks and tsunamis. The aftershocks from Thursday’s earthquake read as high as 5.0 on the Richter scale. Fortunately, there is no danger of tsunamis this time.

Historically, Mexico has always been vulnerable to earthquakes due to its location along the Pacific. The tectonic plates beneath the Earth’s crust are constantly submerging beneath one another and pressing together.

Urban areas, such as Mexico City, have seismic activity sensors and built-in emergency systems with alarms in order to prepare citizens for natural disasters. The alarm systems were put in following a devastating earthquake that struck in 1985, remnants of which can still be found throughout the city.

The 1985 quake caused more damage and had a greater death count than this most recent one, despite measuring lower on the Richter scale with a magnitude of 8.0. This earthquake occurred closer to the mainland and buildings were less structurally sound. Construction codes and regulations have tightened since then in an effort to prevent similar damage from occurring in the future. It appears to have worked: the 1985 quake took thousands of lives, whereas the final fatality count for Thursday’s quake was just under 100.

As both the US and Mexico face a barrage of natural disasters, it’s important to remember that money donations are far more beneficial than physical supplies. International relief organizations, such as the Red Cross, are the easiest way for Dordt students to contribute to the relief effort. 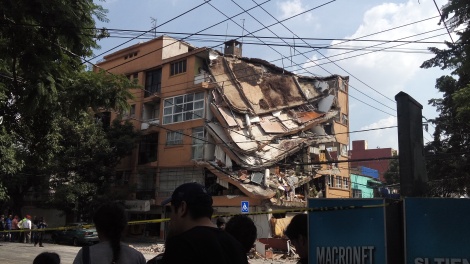