Abel Tesfaye, better known by his stage name The Weeknd, returned this month to the forefront of the R&B stage with his newest album After Hours. The project is a 56-minute-long collection of 80s synth-pop inspired cocaine-driven sex ballads, and perfectly culminates the anti-hero hedonistic persona the artist has been building across his previous projects. 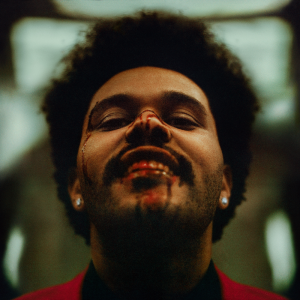 Every song on After Hours could only be on After Hours, a quality which is lacking on most other main stream acts’ albums. Each song is clearly part of a cohesive whole, and thematic and technical elements carry through each individual song. Abel is at his most developed in After Hours, and it is clear the most recent album is more polished than any previous work. Thematic elements from Starboy crosspollinated into After Hours, in only the best way. Early themes of a villainous aesthetic present in Starboy come to fruition in After Hours in “Hardest to Love,” and “Save Your Tears.”

Musically, After Hours contains similar elements to any Weeknd album. Driving bass lines, rapid synths, and reverb-heavy vocals permeate each song on the album. From the very beginning of the album in “Alone Again,” listeners are treated to an aesthetic introduction to the album around the two-minute mark. Within the din of synth runs, airy vocals, and stereo switches, a build in the synths emerges. A pulsing beat is added, the synths intensify, and like a brick of cocaine to the face, a heavy synth note drops- pushing forward Abel’s vocals and intensifying the track. It is moments like these that justify the emphasis on instrumental bits throughout the album, though the lyrical content is strong as well.

The Weeknd moves from sorrowful, to disillusioned, to hardened across the 56-minute runtime of After Hours. What begins as mournful lyrics in “Too Late,” becomes desensitized by “Faith,” only halfway through the album. Cocaine-related bars increase in frequency around this mark, but a common theme is the singer’s awareness of the pain he has caused for others. “I’m losing my religion,” the singer notes in faith, but by “Save Your Tears,” this self-loathing becomes more accepted and redirected into the portrayal of the jaded anti-hero.

After Hours’ real achievement is in the cohesive aesthetic permeating all through the album. Similar to what made Panic! At the Disco’s Death Of  A Bachelor so impressive, each song belongs with the next in more than thematic content. The futuristic, yet retro-space age; soulful, yet emotionally distant musical elements of After Hours are timeless, and this album stands a better chance than any previous Weekend album of solidifying Abel as a standout musician.

Will Listen to Again:

Until I Bleed Out