All around us, the cicadas have stopped screaming, temperatures are dropping, and leaves are swirling to the ground. The culmination of these events can only mean one thing: summer has ended. Musically, this summer has been as frenzied, packed, and varied as a wannabe music critic such as myself can hope for. This review will break down some of the largest winners, most innovative, most “meh,” and most disappointing albums of the past summer.

The Album That Could Have Been King: Father of Ashad; DJ Khaled.

No one is quite sure what DJ Khaled is anymore, myself included. The All I Do Is Win, rapper boasts 29 individual artists on this most recent 15 track album, with the artist himself rarely even showing up on the tracks besides the occasional “We the best!” boast. The whole piece feels loose, as if it was made to be 15 individual singles and not a coherent album. Vocal performances disappoint across the board, with the only stand out features being John Legend and a posthumous appearance of Nipsey Hussle. Part of the album’s subjective commercial failure is due to a different album released on the same date, which brings us to:

Ranking: We Not The Best! 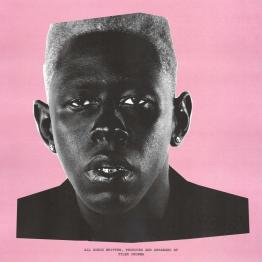 If Diamond staff told me I had to fill a whole issue with one album review at the threat of my life, IGOR would be my champion. I could write pages about this album, but will restrain myself to 200 words. IGOR, Tyler’s sixth studio album, represents a further shift from the provocative and aggressive bars of his youth, towards a sensitive, passionate, complicated man. The 28 year old sings more than he raps on this project and often pitches his voice high above his trademark synths with their borrowed chords. IGOR tells the story of a relationship from front to back, from crushing on a male character, to the heartbreak at the end of the story arc. Each song is connected well, with space-age sounding synth lines that play along with distinctly Tyler instrumentals. The song A BOY IS A GUN* and GONE, GONE / THANK YOU are passionate love/loss ballads that artists such as Taylor Swift and Post Malone wish they could capture the energy of. IGOR debuted at #1 on the Billboard charts, upsetting Khaled and sending him on an Instagram tirade against Tyler’s “mysterious” music. This album absolutely deserves your listen. (201 words, I tried.)

Ranking: Inject it into my veins!

Four years should be enough time to study what has worked well for you as a musical group, and what has not. Unfortunately for us, X Ambassadors have ignored the success of their alt-rock, stripped back songs “Unsteady,” “Don’t Stay,” and “Renegades,” that show the power of lead singer Sam Harris’ vocals, and have opted for a more electronically driven album.

The group of “Pompeii” fame is back again with a new album that is…. great background music. Though delightfully subdued and friendly, the whole album lacks the musical or lyrical pizzazz needed to stand out in a saturated industry.

(For more details on my thoughts, see my review of this album in the September 9 issue of the Diamond.) Lover is a re-solidification of Swift in her place as not only a pop diva, but THE pop diva. However, lackluster melodies and all together weak writing degrade this album, making it somewhat of a chore to listen to straight through if you are not a die-hard Swiftie.

17 weeks of anything is long, and a nearly unheard-of amount of time for a song to sit atop the Billboard 100 charts. Lil Nas X rode “Old Town Road”, a now-polarizing piece, to this record. The 7 EP came amidst Nas’ reign on the peak of the charts, and featured more classically hip-hop pieces, with artists Cardi B and Travis Barker jumping on a few tracks. A fun album, this work is a critical contributor to anyone’s summer bangers playlist.

Ranking: Gonna ride till I can’t no more.

The Album We Could Do Without: The Big Day; Chance the Rapper

Have you ever been in the midst of a terrible day, gone to Chick-fil-A, and the aggressive happiness of the attendants made your day even worse? The Big Day is the sonic equivalent of such a feeling. Chance’s oppressively upbeat songs about his wife, his child, God, his wife, and his wife again quickly bore the listeners, and the poor rhymes only worsen these feelings. This project is a disappointing show from the Acid Rap artist, and songs such as “Hot Shower,” make us wonder where the creativity and musicality of Coloring Book and the previously mentioned album went.

Our boys at the Plain are out with new music, focusing on, well, a bit. The four-song project covers struggles with faith, aging, and love, all in the classic contemplative tone of Luke Hawley. The EP ventures from garage rock into almost a beach rock feel at times, especially on the poetic song “Little Bird,” the title of which calls into question once again Prof. Hawley’s obsession with birds. Across the board of music released this summer, you will be hard pressed to find a more genuine or emotional album than this.

Just Listen To These Songs:

A BOY IS A GUN*- Tyler, the Creator