Friday the 13th saw the release of multiple notable albums from all across the musical spectrum. Like all artforms, they are reflections on the culture in which they were created. This album review seeks to examine three albums in three distinctly different genres as products of and reactions to our frenzied and chaotic culture. 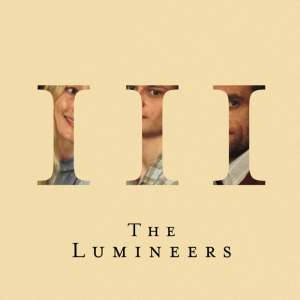 Three years after their release of their second highly-praised studio album Cleopatra, The Lumineers’ sound has become more stripped down, but their storytelling is more stellar than ever. III tells the story of three generations of the Sparks family, each stricken with issues ranging from alcoholism (“Gloria”), to gambling, and substance abuse (“Leader of The Landslide”, “My Cell”).

In the delightfully tight storytelling, we hear Junior Sparks, the son of Gloria and Jimmy, caught in the middle of his parents’ issues. The slow build in “Leader of the Landslide” follows Junior’s realization that he is the product of his parents’ failures and must control his own destiny. With a layered crescendo though the piano, guitar, and scratchy vocals, we follow Junior as he throws off the mantle of addiction and failure and chases his own future. III, while haunting and somewhat disheartening, marks a shift in the Lumineers’ sound, from VSCO girl anthems to a reflection of real issues surrounding us daily.

For some, however, this album may be an example of “whataboutism,” where we overlook our own issues and vices and examine those of someone else. “We can’t be that bad, look at the family in this story,” one might say. In this way, III is a result of our current cultural climate.

His third studio EP, the conclusion of the Modern Tragedy trilogy, focuses more on the self-loathing that these conditions have brought him. Grandson begins with “Rock Bottom”, a full-throttle rock anthem reflecting on how society found itself in this mess, and questioning where we could possibly go from here. The album digresses into ballads of self-loathing, following the singer’s attempt to destroy himself with drugs and alcohol.

The final installment in the Modern Tragedy series touches less on societal issues, and more on the desperate people living within the destruction of civilization. Despite sounding nihilistic, the EP ends with the line “I know if I die young, the truth is forever.” This album takes an escapist reaction to issues around us, with substances and self-loathing, as a response to the troubles plaguing our culture today, which grandson covered in the first two entries in the Modern Tragedy trilogy.

All My Heroes are Cornballs; JPEGMAFIA

While the aforementioned mentioned artists in this list border on mainstream, JPEGMAIFA is more underground, occupying a rising spot in the genre of experimental hip hop. Previous projects have focused around social justice issues, the artist’s heroes and inspiration, and commentary on the music industry. The lead single of All My Heroes are Cornballs, “Jesus Forgive Me, I Am A Thot,” is a dynamic piece, jumping from gritty samples to soaring auto-tune vocals, paralleling the artist’s lifestyle to religious images.

Each song in the album is an exercise for the ears, as it jumps from aggressive electric guitar samples to vaporwave-esque piano lines. Despite touching on some social issues, such as gun violence and police brutality, there is seemingly no central theme. Though not a tight concept album like III, the work pushes musical boundaries, even within an already experimental genre.

JPEGMAFIA redefines himself as an artist, and has no problem making his listeners ask questions about the content they are ingesting. With the other two albums giving listeners a more concrete response to our modern culture, JPEGMAFIA airs toward the abstract as an absurdist reaction towards the climate in which it was created. It attempts to focus on social issues, but that attention is quickly taken away by throaty synths and sonic chaos, keeping a listener on their toes, and never in the same spot for more than a moment.

WILL LISTEN TO AGAIN:

“Life In The City” – Lumineers

“Jesus Forgive Me, I Am A Thot” –  JPEGMAFIA

“It Wasn’t Easy To Be Happy For You” – The Lumineers

“Salt And The Sea” – The Lumineers

“My Cell” – The Lumineers