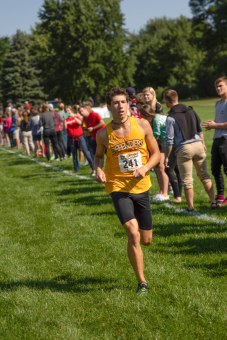 The Dordt cross country teams will be running at Nationals next week after completing a dominating season of competition in the GPAC.

The cross country teams had only four meets this season, making it very important that they work hard and place high in every race in order to make it to the conference meet. After competing successfully, the teams have two weeks to train for Nationals.

“The team is running the best they have all year,” said head coach Nate Wolf. “If they can stay healthy for another week, I anticipate them having their strongest race of the season.”

This amount of running takes a toll on the body. Several runners have had injuries both before and during the season. Runners usually decrease the mileage they run before meets to give their legs a break so that they are ready to go when racing.

“Our mentality is to not change anything if it has been working, and clearly it has been,” said Sienna DeJong. “We are going to continue to be diligent in our training and focused for a great race at Nationals.”

The week after the conference meet, both teams increase their mileage to stay in shape for competing, and the week before Nationals, everyone backs off on long runs to replenish their bodies.

The men’s team this year has an abundance of freshman and sophomores. Eric Steiger, a freshman from Lynden, Washington, has dominated out on the course this season, winning the men’s individual 8K run at conference with a time of 26:12.80.

“One big obstacle has been our age,” said Chris Ellens. “Our team consists of a lot of sophomores and freshmen, and it has been super exciting to see the freshmen step up and run well, and others take leadership roles on the team.”

“It has been wonderful getting to know the freshmen on the team,” said Sarah Wensink. “And having everyone on the team work together as a cohesive unit, both in practices and at races.” 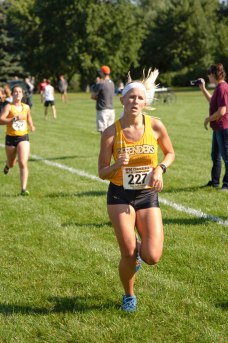 On the women’s side, Annechiena Knevelbaard, a senior from Visalia, California, won the women’s individual 5K with a time of 18:25.26.

The women’s team is also dominated by underclassmen who have stepped up and competed well in races. The women’s team has consistently sent runners to Nationals the past few years with the men also joining to compete against many other NAIA schools around the country.

“I think mentally we’re probably all trying to prep ourselves for how we want to do individually and as a team,” said Anthony Ghiorso. “It’s difficult because for all but one of us, it is our first time at a national cross country meet.”