Renowned organist Gary Cobb came all the way from Malibu, California, to perform on Dordt’s pipe organ on Saturday, Feb. 3. He included pieces ranging from well-known musicians like Bach to rather unheard-of composers like Robert Fleming.

During Gary Cobb’s performance class, held the Friday before the concert, students were invited up to the organ loft to watch him at work.

“Gary is a gracious and skilled musician,” said MacInnis. He said Cobb has a willingness to work with others, and a wealth of valuable insight from which others can benefit.

Cobb didn’t begin playing the organ until he was 23. He said he was completing a doctoral degree when a mentor inspired him to take up the organ. Besides serving as a church organist for 40 years, he has also performed organ recitals in cathedrals all over the world, including Jerusalem.

Cobb opened the concert with Two Voluntaries by Francis Linley, his fingers lightly springing across all three sets of manuals, or keyboards. The last piece, “Toccatina” by Canadian composer Robert Fleming, emitted a lot of energy and surprise, not unlike the movie soundtracks that Fleming is known for.

Depth and suspense are the content of Fleming’s film scores. Robert Fleming, who lived 1921-1976, was one of the most prolific Canadian composers of his generation, writing over 250 film scores. Around 40 of his compositions were piano and organ pieces, a few of which Cobb brought to his audience during the recital. 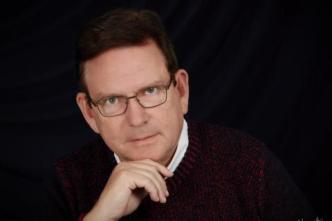 In 1976, the Ottawa Centre of the RCCO (Royal Canadian College of Organists) and 11 other organizations taped one of Fleming’s concerts for national broadcast. The RCCO, being invested in Canadian compositions, seemed like a good place for Gary Cobb to take his research. He wrote up a project proposal to publish Fleming’s organ pieces, which until then had not been edited or published. Unfortunately, the proposal was not funded, but there are still hopes to someday publish Fleming’s work for public use. Even then, there are many more pieces owned by Fleming’s family and friends that may never be

Pepperdine University, where Gary Cobb is a professor teaching music theory and history, had students doing undergraduate work on Fleming – editing his scores and studying his life. Dordt College also gets students involved in undergraduate research.

“One of the big things nowadays is collaboration,” said Cobb.

Dordt music professor John MacInnis has worked with undergraduate research before, on two occasions. In 2013, together he and a Dordt student studied prominent medieval philosophers and their writings, such as John Scottus Eriugena. They scrutinized music examples from that time period for the philosophical and theoretical ideas.

MacInnis is also the primary contact with RCCO from Dordt when it comes to research.

“Music publishing is a major industry that is currently undergoing seismic changes,” said MacInnis. Because of the amount of music published electronically and online, the world of music keeps growing dramatically for music students.