Casey’s gas station and convenience store is a staple throughout Iowa, a fact of life which is no different in Sioux Center. Until recently, the Casey’s on the corner of 7th St NE and N Main Ave was a recognizable landmark for Dordt students returning “home” from Walmart, church in other towns, or even holidays spent in home states. One turn, one stop sign, and you’ve arrived on campus. Easy directions for even the most navigationally challenged college student or family member.

That is, until the Casey’s in town was demolished on Sept. 20 in order to make room for a bigger expansion. Casey’s was first opened in 1978, but the building that once was is now a pile of dirt on the corner across from Hardee’s. The empty lot that has been left behind is a noticeable hole in the community.

Located just down the street from Dordt College, Casey’s was a popular destination for students to fill up a tank of gas or grab a box of pizza, in addition to serving as a waystone for giving and receiving directions.

Casey’s General Store had a sign warning the public that they would be closing on Sept. 17 for several weeks. However, the building’s disappearance was still a shock.

“One day it was there, and the next it’s just gone,” said Becca Nelson, a senior from North-Central Iowa.

In order to facilitate its expansion, Casey’s bought and demolished several properties surrounding it. Including the family-run laundromat Leisure Laundry next door. Though Dordt students generally don’t frequent laundromats—instead taking advantage of the laundry facilities located in most of the dorms and apartment buildings—Leisure Laundry was still a key part of the Sioux Center community, having been open since 1986. 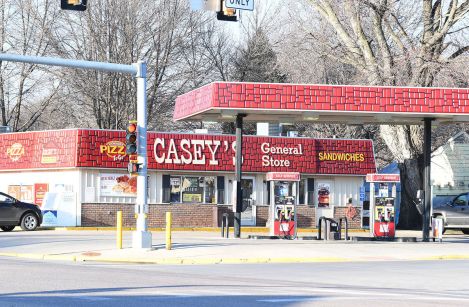 The town of Sioux Center will not be suffering for long, as a new Casey’s General Store will open right where the original building stood. Plans for the new Casey’s include doubling the number of gas pumps and increasing the building size from 2,000 to 4,800 square feet.

“Sioux Center has been a great community for us since the first Casey’s opened back in 1978, and our current store was under-serving to the community and the traffic flowing through the community,” said Sam Jones, Director of Finance at Casey’s General Stores in an interview with Sioux Center News.