Jairo Alejandro Vasquez, better known on Dordt’s campus as Alex Vasquez, is a junior pre-physical therapy major at Dordt College. Though born in Columbia, his family later dropped everything they had ever known and loved, and moved to the United States—starting over from scratch.

After arriving in the states, Vasquez called Dallas, Texas home. Alex attended Creekview High School, and while there he was introduced to a Christian program called Young Life. This program allowed him to interact with college students and professors on a personal level.

The college students and professors would frequent the high school during the scheduled lunch break. Alex recalls the meals that he shared with the members of Young Life, and the non-schooling events that they would invite him and other students to; one event in particular being Club.

Club was an event night where students and members of Young Life would sing songs, play games and spend time in community with each other, all in an effort to share the message of God with each other. 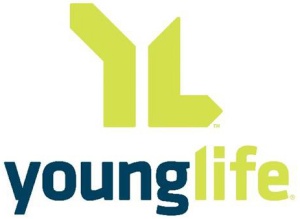 “It’s so easy to say that [you] believe in God and that [you] have a relationship with Jesus Christ, but it’s another thing to understand what that means,” Vasquez said. This is where Vasquez stands in his faith today. It is this faith, then, that drove Vasquez to start a Young Life program in the Sioux Center area. Vasquez believes that this program may truly be a blessing to others.

During high school, Vasquez did not attend any of the summer camps hosted by Young Life until the summer after his senior year. At that point, however, he was too old to be a camper, so his mentor paid for him to attend and then requested that Vasquez participate in the camp as a worker instead of a camper.

Vasquez believes that week spent with fellow counselors and campers was truly one of the most dynamic weeks of his life. Since that summer, Vasquez has continued to work at the Youth Life camps each year.

As his faith has progress, Vasquez has begun to ask himself bigger questions about his faith. Then, after suffering an ACL tear at the beginning of the 2016-17 football season, Vasquez took the time to ask himself the tough question of “Who am I?”

While attending a Monday Night Worship session, Vasquez remembers, “I was surrounded by people praying and talking, but in an instant I heard the voice of God say you’re living your bare minimum.”

For Vasquez, rising above the minimum meant initiating a local Young Life program.

Soon after his encounter with God, Vasquez began receiving emails from an array people and organizations who sought to offer him support in his endeavor to initiate the Young Life program in the Sioux Center area.

Today, Vasquez joins a team that he has brought together in an effort to reach young adults in the community. This team is composed of fourteen Dordt College students, four Northwestern Students and five adult community members. The team’s current task involves trying to the community’s biggest need.

At the moment, it seems that much of Young Life’s ministry will be directed towards high school students. It is Vasquez’s hope that someday the Young Life team may be able to reach and help out spiritually thirsty groups within the community.

Young Life is expected to kick off this summer and pick up going into next school year.

After spending the past few months organizing this ministry, Alex hopes that he has truly found his purpose– sharing the love of God.